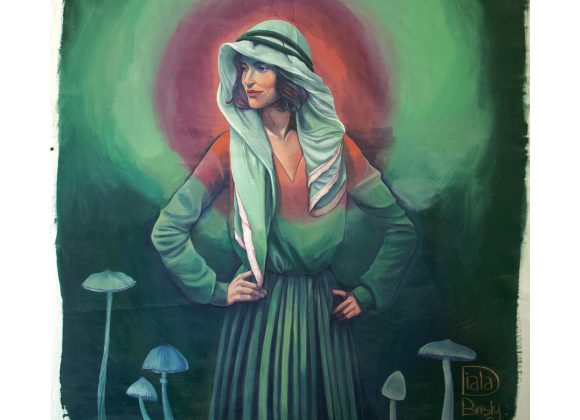 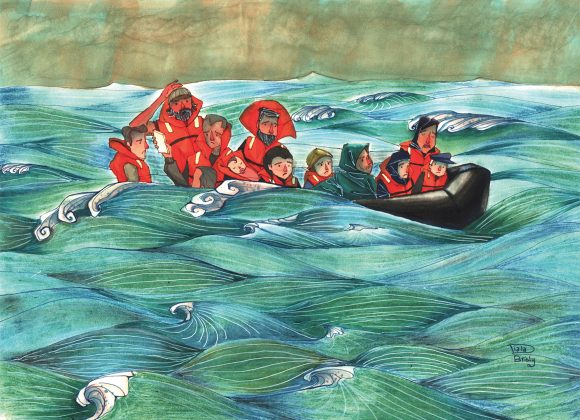 The Exceptional Moon is a short film directed by Ayman Nahle, presenting a parallel narrative between fiction and reality where the destiny of two little girls intertwine. Six year old Aisha was born and lives in Yahya refugee camp in Bekaa, north Lebanon, in a tent she calls home. Ten year old Nujoud is a fictional character, invented by Aisha, living in a hamlet by the sea.

Nujoud’s destiny changes as she embarks on a journey to save the crying moon flooding her village. In a parallel visual metaphor, Aisha follows Nujoud, the space of the camp expands, and what unite the two little girls is the possibility of the dream.

At the outset of the Syrian conflict in 2011, Diala participated artistically in social campaigns and projects focused on social justice, freedom, and human rights. In 2014, she started painting murals and conducting art workshops in refugee centres to support access to education for children refugees.