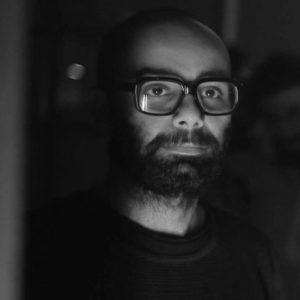 Ayman was born in Taybeh, South Lebanon. In 2007, he completed his studies in Cinema and Theatre at the Lebanese University. He has since worked as cinematographer, editor and director on a number of TV productions and independent short films including Anton Vidokle’s films The Fall of the Artist’s Republic and Immortality and Resurrection for All.

A strong believer in art as a means for social change, Ayman has creatively experimented with new materials and techniques in digital media, producing a form of art that combines the material and the digital, the real and the virtual. His latest experimental documentary Now: End of Season premiered in 2016 at the Berlin Film Festival forum expanded and was awarded the Think Film Award.